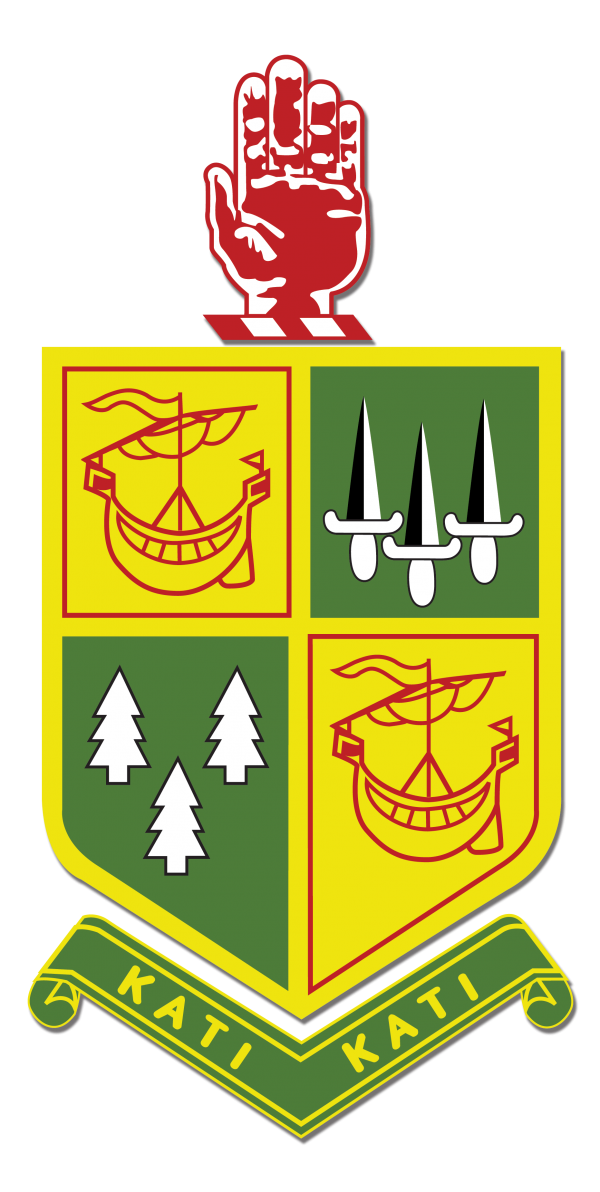 The crest is surmounted by the Red Hand of Ulster, which is symbolic of courage.

There are differences of opinion as to its origin. An interesting account is given in "The Red Hand Of Ulster" by Arthur McKeown which may explain the fact that The Red Hand of Ulster is a traditional symbol of the O'Neill clan, the major clan in the northern part of Ireland up to the time of the Plantation, circa 1611.

The ‘Carisbrooke Castle’ and ‘Lady Jocelyn

The top left and bottom right quarters of the crest show two ships; the ‘Carisbrooke Castle’ and the ‘Lady Jocelyn’, the vessels which brought the first two parties European settlers ( approx 746 people in total) from Ulster in Ireland to Katikati as part of a settlement scheme.

The ‘Carisbrooke Castle’ was the first to arrive. She set sail from Belfast on June 8th 1875 and arrived in Auckland on September 8th 1875. On board were were 363 passengers consisting of 34 families (238 people) and 125 Government immigrants. These people were to be the first large group of European settlers to arrive in Katikati as part of a settlement scheme negotiated by George Vesey Stewart (an Ulsterman) with the then New Zealand Government. The 34 families were transported from Auckland to Tauranga in two smaller vessels, the 'Rowena' and the 'Pretty Jane', and then travelled in other vessels to Kauri Point.

The ‘Lady Jocelyn’ left Belfast May 20th 1878 with 378 passengers and arrived in Auckland on August 17th 1875. Once again, just like those who travelled on the ‘Carisbrooke Castle’ nearly three years before them, the settlers then had to make another voyage from Auckland to Tauranga, and then a third voyage from Tauranga to Katikati.

'Sinister chief' refers to the top right quarter of the crest. It contains three upright swords which symbolise justice, power, and righteous authority.

This concept had strong links with a similar term, 'The Plantation of Ulster', which was applied to their forefathers. In the days of James I the North of Ireland experienced 7 years of civil war. At the conclusion of this war the North of Ireland was cleared of its native inhabitants, and planted with settlers of Scottish and English origin. This action became known as 'The Plantation of Ulster'.